My name is Ulrich Viridis,

I studied Chemistry (MSc) and I am working as a Chemistry and Physics teacher at Dutch high schools (Havo & Vwo).

A few years ago, I also studied Philosophy and received my BA. I found philosophy very inspiring for two reasons:

I won’t consider myself a conspiracy theorist. Mainly for two reasons:

My view on skepticism

I notice, that when I read skeptical articles, they always conclude in favour of the materialist / atheist point of view. I don’t understand this, since in my opinion, skepticism is an attitude. To not believe something, just because it is the prevailing view (“everybody knows it is true, therefore it must be true”). From my skeptical point of view, the conclusion of a dispute is not fixed, but can change according to the force of the argument. When I argue with so called skepticists, it strikes me that they always hold on to their believe quite forcefully, the same way orthodox christians (jews, muslims, … ) do. The difference is that those so called skepticists are atheists and materialists and argue that their opinion is based on science (as opposed to the believe of the others, of course). I also believe in reason and the scientific method to gather knowledge and tell truth from falsehood. Only, for me the outcome is not necessarily limited to the materialist view. I won’t call atheists skepticists, the same way as I won’t call orthodox believers skepticists, since both are believers of belief systems, who are not open for arguments in favour of the opposite view. That said: I challenge my readers to argue against my opinions that I present here on my blog. If we want to know the truth, we have to argue without the fear to loose the battle (which is only the fear of our ego). We are like the knife that can only be sharpened by the confrontation with the whetstone.

A real Skeptic is willing to question his own belief, not just the belief of others.

If you want to share some thoughts, about my posts or about (skeptical) theism, you are welcome to do so. There are a few restrictions: politeness is obliged, as are valid arguments. This to prevent my site of becoming no better than the average Facebook-site, where just everybody spreads their opinions. There is an English saying: “Opinions are like assholes, everybody has one”. Valid argumentation on the other hand, seems to be more rare … 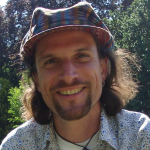